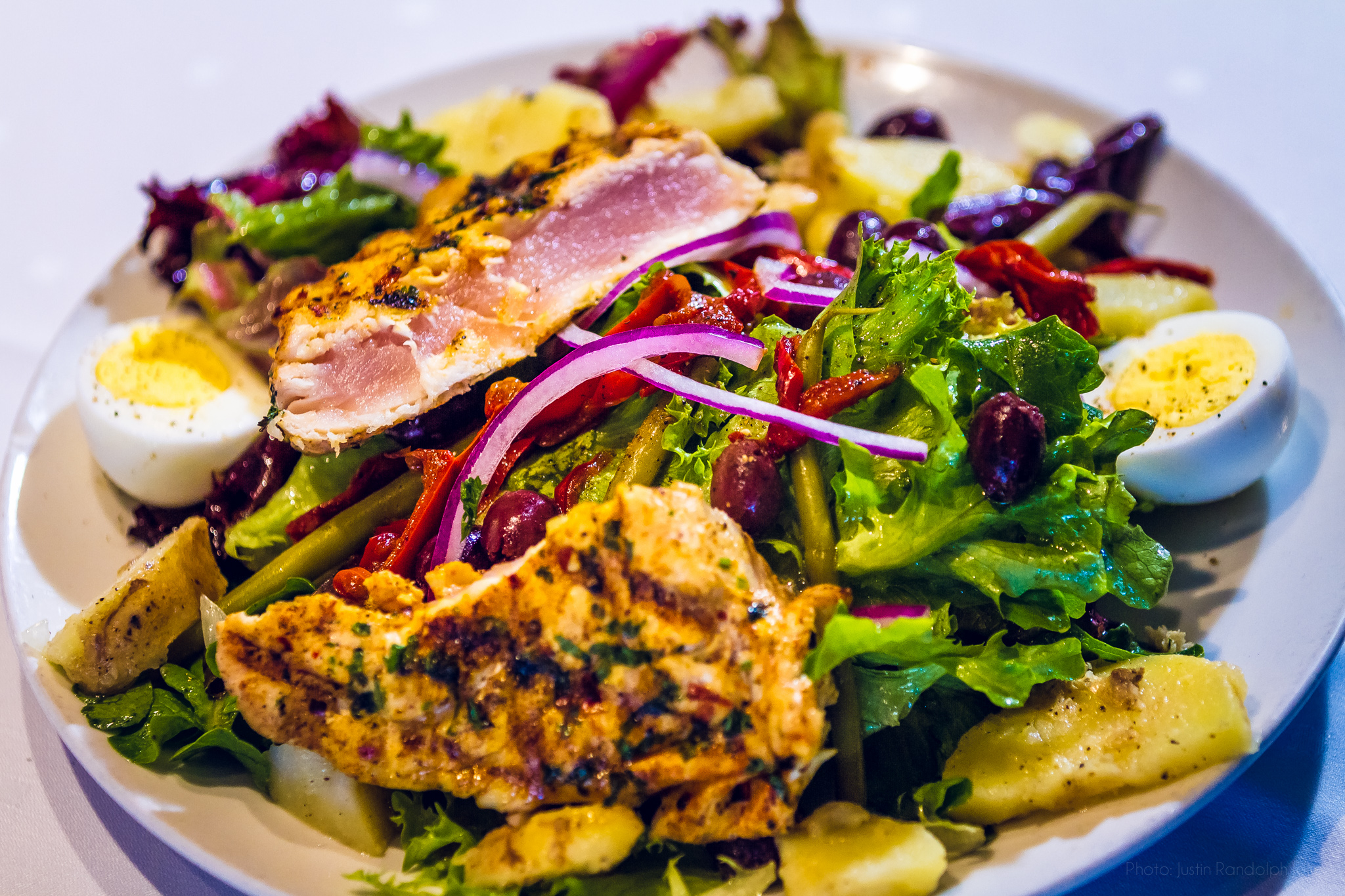 In Part 3 of this story I left off on how Tangerine’s Concept coalesced.

Thanks to all our stars (and ducks) aligning, Tangerine was busy right out of the gate. Yes, weekdays are not truly “busy”, as we can almost always seat people instantly, but every Saturday and Sunday, since our inception, we are BUSY, often on a short wait for a few hours between about 9:15am and 12:30pm. From a restaurant operations standpoint this is the goal, even if it is only 2/7th of the week. And contrary to Arugula, almost every weekend is a hit, regardless of certain slower times of the year, the weather, a big game on TV, a barbeque holiday, etc. Basic business sense was screaming at me to open more Tangerines.

So here I was, putting more of my work hours in at Arugula, with Tangerine always out-performing Arugula, except for maybe a couple festive months of the year. Good problem to have, yet after 3 years of that, I looked for more balance, by shifting hours away from Arugula, and spending more time on searching and planning for the location for Tangerine #2.

Also, at this time my father Paul, who was an integral part of the early Arugula, wanted less hours. Chef Sven Hedenas switched from Chef of Tangerine to Chef of Arugula, new Arugula managers were hired and expenses went up. All this combined with plateauing sales meant Arugula had become less viable. But it was what had to happen for me to focus more on my Tangerine Dream, and remain a balanced man.

For location #2, at first I focused all my attention on northern and central Denver, touring many neighborhoods and spaces. I signed a L.O.I. (letter of intent) on a downtown location, but then negotiations went nowhere. Then an awesome opportunity in a new build in the Highland neighborhood was all but signed. That building is still not built… This all happened for a reason, and that reason was one of the better locations in Lafayette. In my fourth year of searching for location #2, while touring Old Town Lafayette (on bikes!) with my broker friend, I got the chills when I saw a “for lease” sign in the window. I knew it was the spot! And knew all the hard work and risk that lay ahead.

Before I go further, I need to call out the guy who took over for Chef Sven at Tangerine Boulder. That was Chef Justin Medlin, who ran such an efficient kitchen that when the General Manager job of Tangerine Boulder became vacant a couple years later, he was the obvious candidate. He proceeded to repeat his success and run Tangerine smoother than ever. Knowing he had my back with the Lafayette expansion, made my decision to risk opening another restaurant that much more manageable. I found the Lafayette location during the summer of 2017, and I immediately put Arugula on the auction block. Fortuitous timing found me selling Arugula in January 2018 and opening Lafayette a month later. And a bunch of Arugula’s equipment is in Lafayette Tangerine’s kitchen today!